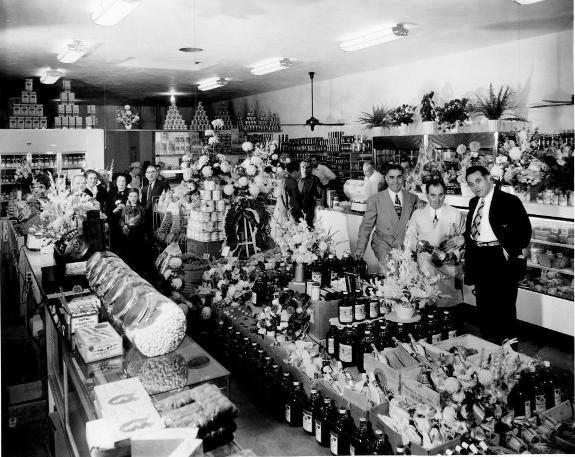 For more than 60 years, C & K Importing Company has been serving the Greek community on the same corner at 2771 West Pico Boulevard. Sam Chrys opened the market in 1948 with intentions to bring the foods and wines of Greece to Los Angeles. He did so by importing all products from Greece while still maintaining a low price to his valued customers and friends. C & K Importing Company grew into a market where all ethnicities came to visit and always enjoyed the purity of the product assortment.

In 1968 Chrys Chrys purchased the business from his father to carry on the legacy. Chrys Chrys had an idea to open a Greek restaurant. He traveled to the many regions and islands of Greece to understand the flavors and tastes in authentic Greek cooking. He wanted to bring this authenticity back to his restaurant. In the early 1990’s, Papa Cristo’s Taverna was established. Only meats, seasonings, cheeses, olive oils, and other culturally true ingredients that are also found at C & K Importing are used to prepare the dishes offered at Papa Cristo’s Taverna.

Papa Cristo’s caters to the Greater Los Angeles Area and as far south as Orange County, serving up family-style menus full of Greek traditional favorites. Anyone who tastes the home-style cooking at Papa Cristo’s Greek Grill wants to take some of that unique and delicious flavor home. Papa Cristo’s uses a family secret blend of spices in all of their cooking at the restaurant and for their catering but, when their patrons continuously asked them what seasonings were being used to cook with, they decided to make it available for everyone.

Chrys Chrys’ youngest daughter, Annie Chrys joined the business in 2010 as the third generation. Today, Chrys and Annie work alongside each other to grow the business as well as Chrys’ mother, (also) Annie, and Chrys’ first cousin Mark. We are truly a family-run business and take great pride in providing our patrons with the highest quality and best tasting Greek home-style cuisine.

CALL FOR MORE INFORMATION AND FOR RESERVATIONS